Combat Learning is about radically improving your teaching and learning capabilities as a martial artist – a unique podcast exploring the little-known frontiers of skill adaptation, perceptual-motor learning, and other aspects of human performance science for combat sports.

After teaching martial arts for several years, I realized that most instruction is based on unexamined traditions handed down from one instructor to another. Little to no science or research is ever incorporated…

Hungry to explore ways to improve myself as an instructor, I set off to study educational psychology and motor learning. In that process, I discovered the games-based and constraints-led approaches to coaching, which are radically different methodologies than what I had seen anywhere in my career as a martial artist…

In fact, these methodologies are built around designing practice exercises that allow students to explore the solutions to problems on their own, rather than teaching them solutions directly or having them do lots of technique repetitions–

In other words, games-based and constraints-led methodologies are about playing specialized versions of the game itself instead of doing lots of structured drilling isolated from live play…

Come to find out, there’s a robust and growing scientific literature that shows this type of training, while seemingly messy at first, creates much more powerful learning over time than the traditional repetition-based approach…

But despite these approaches being new, exciting, and even scientific, I was still hesitant to change the way I ran my classes. These hang-ups kept swirling around in my mind:

Finally, I decided to ignore those thoughts and take a risk. I started small by designing a game to learn and practice wrist grab escapes. The rules of the game were simple:

I let the students have at it, and I was astonished by the results:

(And that was after only one class segment of trying this game.)

My doubts, fears, and assumptions had been shattered. But here’s why this is truly amazing…

If you don’t know about traditional martial arts programs, wrist releases are usually cut up into about a half dozen or more separate techniques. These techniques are then sprinkled throughout the curriculum of a student’s first 6-12 months of training, as part of their “one step” or self-defense promotion requirements.

Yes, you heard that right:

On top of that, students rarely practice wrist escapes under realistic pressure or in situations where the wrist grabber can react to escape attempts.

So here’s the sad truth:

It’s embarrassingly common for students to totally freeze or forget what to do when people outside of class – even parents or friends – grab their wrists and yank them around.

Now let this sink in:

My simple game had students rapidly discovering effective release techniques, having 10x more fun, and getting more skilled in 10 minutes of play than most students are with wrist escapes after 12 months of traditional training.

Again, that’s 12 months’ worth of skill packed into 10 minutes!

With that, I never looked back, delving deeper and deeper into non-traditional training methodologies. I created the Combat Learning Podcast to share these powerful ideas with you, too.

About the Host of Combat Learning 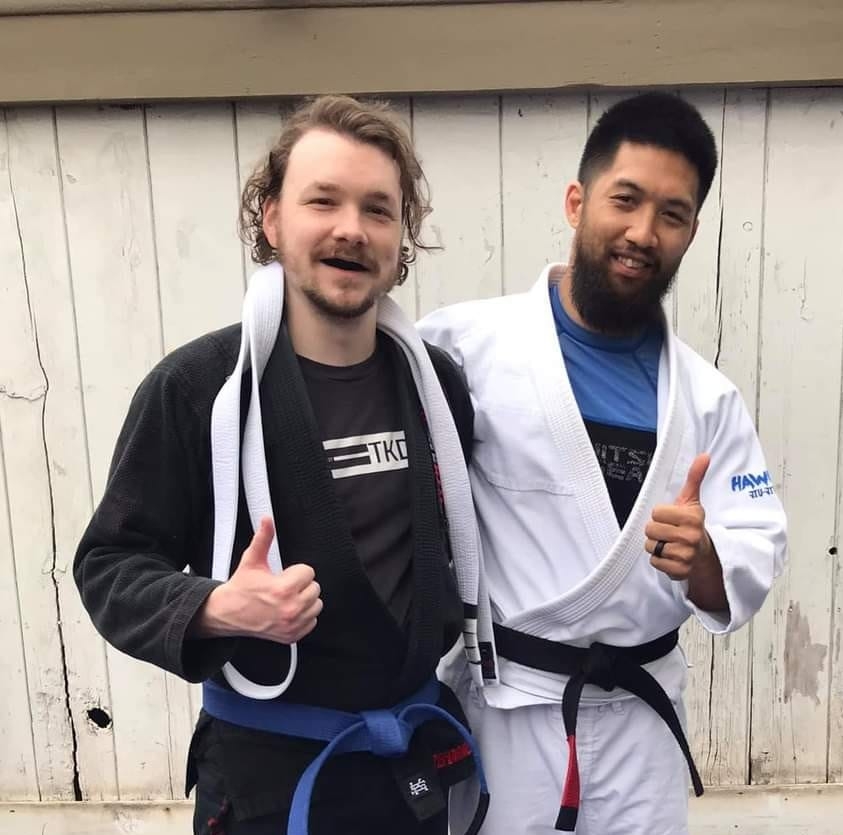 My name is Josh Peacock, and I’m the host of the Combat Learning Podcast. I’m a lifelong martial arts fanatic with over 20 years in the game, including 8+ years as an instructor.

I currently hold a 4th dan in taekwondo and a blue belt in Brazilian jiu-jitsu — and have some sort of experience in most styles widely available today. My love for teaching and learning martial arts also led me to earn a master’s degree in Teaching & Learning.